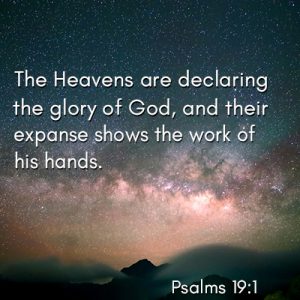 I woke up one morning with a feeling of sheer panic in my chest.  In a matter of days my entire world had collapsed around me.  Almost everything I had known to be true, no longer existed.  I was going through a divorce.

Marriage was sacred.  Marriage was supposed to last forever.  God hates divorce. (Malachi 2:16).  I knew this, yet I was the one who filed for divorce.

My own parents were divorced when I was two and I had promised myself that I would never put my own children through the same pain and confusion and here I was, doing the very thing I had vowed never to do.

The decision was not easy. I spent countless hours praying about it and I had decided that going through with a divorce was at that point the lesser of two evils. I would do more harm to my children and myself by staying married to an unfaithful, abusive husband than by leaving.

The fear I experienced was more than I can put in words.  I had been a stay at home mom for several years by that time, having given up a career in the IT industry.  What would I do?  It was 3 days before my 8th wedding anniversary, when I walked into the lawyer’s office.

During the 11 months that followed, I spent more nights than I could count, crying myself to sleep.  Fear of the future was like the proverbial monster under the bed, except that it was real.

The thing was, being in this really bad situation made me turn more to God than ever before.  There were many mornings that I ended up in front of the bathroom mirror and it took some serious dialogue to get me moving.

“You can do this!” I would say. “Do you not serve God Almighty, who put the sun and the moon and the planets in their place? Who do you think you are that you can come up with a problem that He can’t solve? Does He not promise that all things will work together for your good? Have some faith! He is bigger than anything you can throw at Him.  Show some courage and trust that He has a plan to prosper you and to do you good.  All you need is a mustard seed.”

I would turn away from the mirror, swallow my tears and go and pound the punching bag in the garage as long as I could, then get on with my day.

Some days all I could do to keep moving was to just keep putting one foot in front of the other.  Other days I am convinced it was the Lord Himself that did the walking for me.

It looked like a certainty that I was going to lose custody of my children to their father or at the very least have to share custody.

I clung to my mustard seed of faith.  I had one close friend who stood by me through all of this.  She was very concerned that there were things that I’d neglected to mention to the social worker and the family advocate when we were interviewed.  I knew I had neglected to say a lot of things.  I was too scared, too intimidated.

It feels like yesterday when I looked over at my friend and said: “It doesn’t matter.  God can use anyone He pleases.  He used a donkey to speak to Balaam.   The family advocate that told me they would not award me custody and control of my children, was not in control.  My Father was.”

Three days before the final court date, that very same family advocate insisted on giving me full custody of my children.  I cried like never before in my life.

Our God is faithful and He is bigger than any problem we can throw at Him.

The next and final post in this series:  7.  I always have a choice

We should not only use the brains we have, but all that we can borrow.