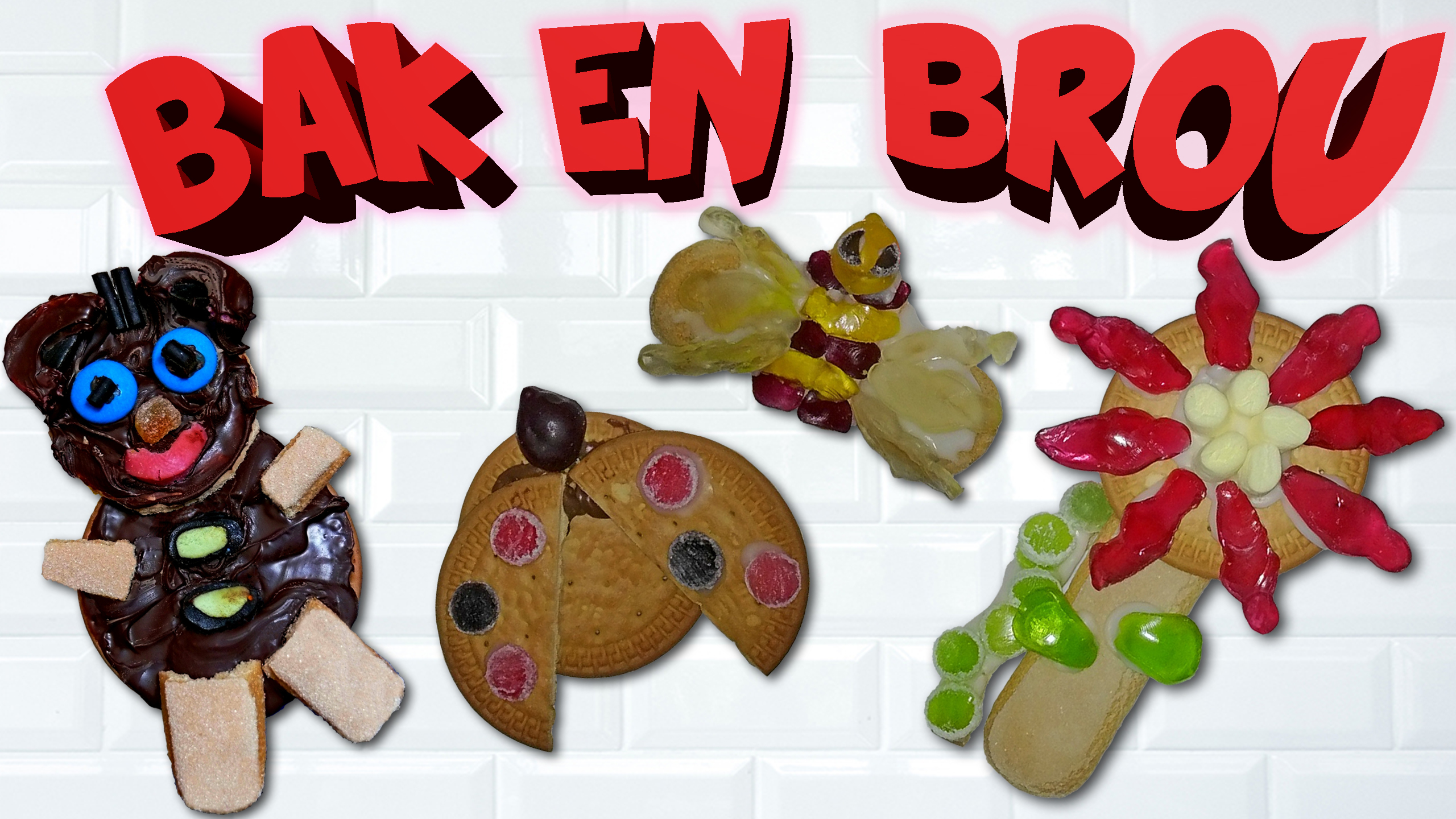 I still remember when I was little and we made food art in class.  My first grade teacher had us make pictures out of uncooked pasta shells, macaroni, and spaghetti.

We glued them down on sheets of paper, on paper plates, and on the sides of paper cups.  Then we painted them all sorts of colors.  Neat, but not edible. (Okay, there was always one kid in the class that would eat them!) 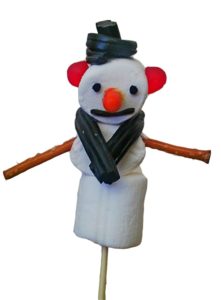 I wasn’t surprised when my son (5 at the time) told me that his teacher said they were going to make food art at school the next day.   That  afternoon when I picked him up he was totally excited to show me his food art.

Bak en brou is Afrikaans for bake and brew.  The brew part is more loosely translated-meant as concoct or make a mess.  Fun!

Clearly food art has come a loooooong (and more yummy) way since I was in the first grade, because my son’s bak en brou was something quite different from what I’d anticipated. 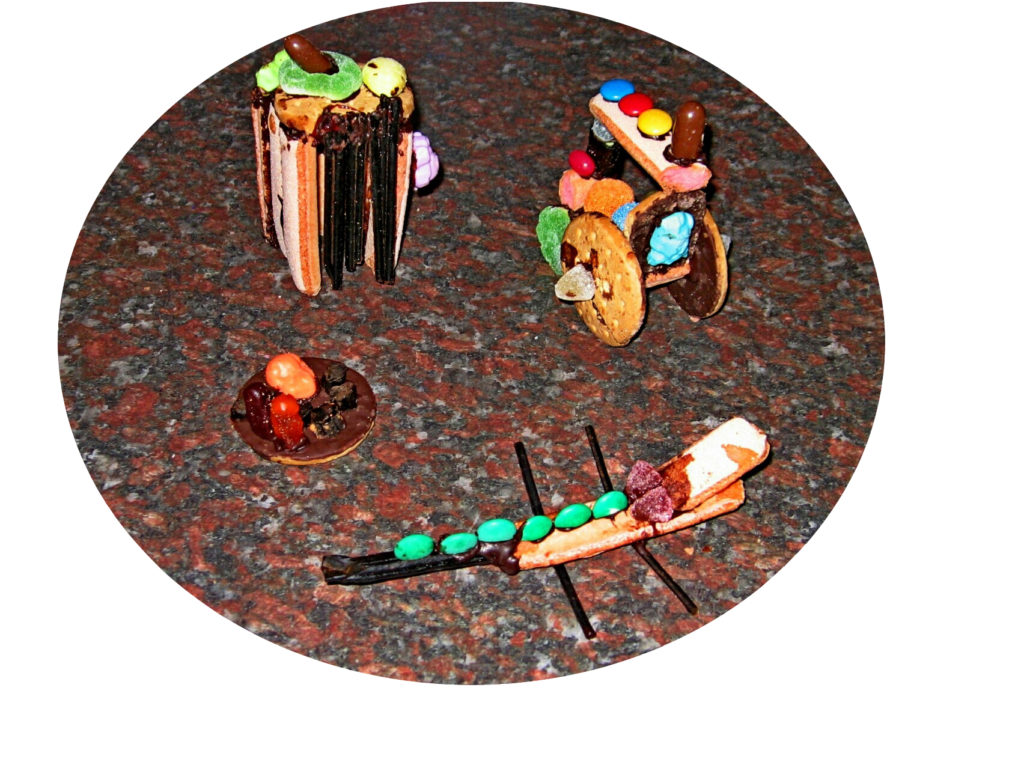 A crocodile, a tractor, and some other cool kids creations!

He had a string of fruit loops on his paper with an assortment of small candies that made a picture.  My very sugary 5yr old was beaming with pride.

I really liked the idea and so over the next few years bak-en-brou became a special treat that turned up all kinds of creative endeavors, hyper kids, and tons of fun.

At times my brother’s daughters would join in the fun.  Because they were older than my own children their art work tended to be a little more intricate.

A fish, spider and a time machine!

We would use either frosting or melted chocolate (not too hot!) for glue and always had a variety of colorful candies to work with.  I would also let the kids use biscuits instead of paper for their projects.

I also had to make peace with the fact that while the girls loved to make flowers and all things pretty, boys preferred spiders and crocodiles and unrecognizable futuristic inventions.  That could be anything from a time machine to a space station.  They made cars and trucks and even a skateboard, though a lot of the projects were eaten before I had a chance to get a picture.

There are lots of bak en brou pics somewhere in my photo archives, if I find any more, I’ll add them to this post. 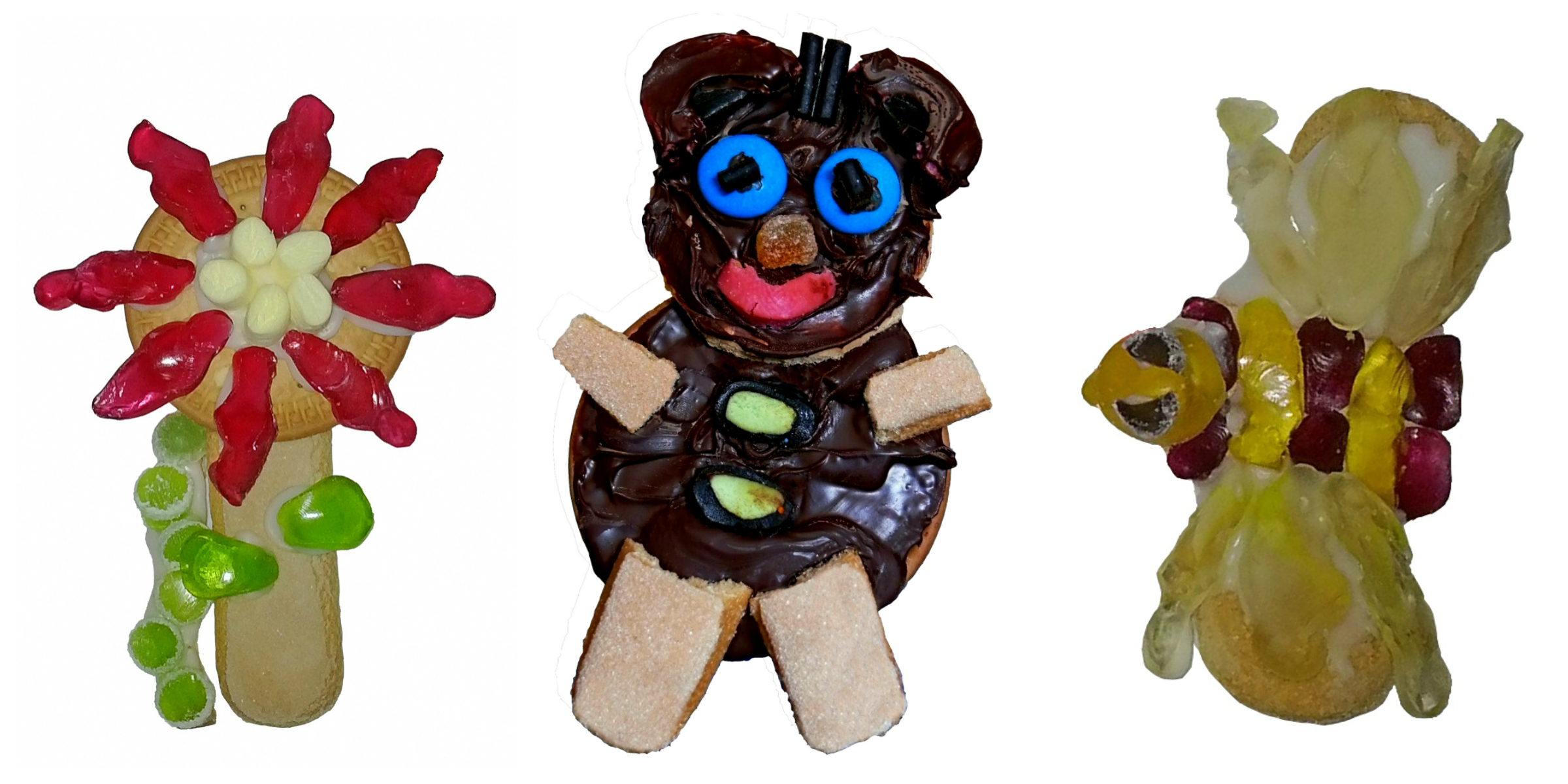 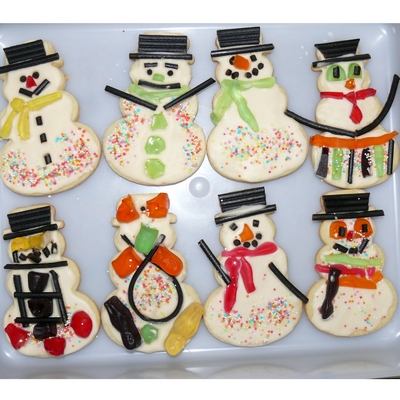 What gets measured gets managed.