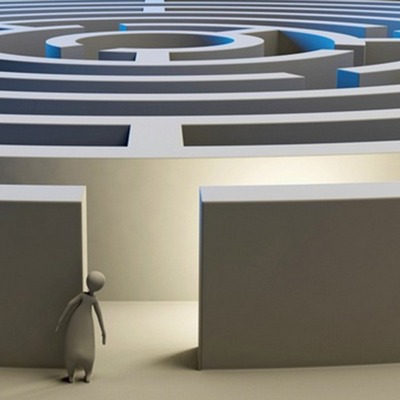 Do you ever envy the simplicity of a friend’s life? Yes, yes I know, envy is sinful and all that… But just between you and me, do you?

When I look back at my life maybe 10 years ago, I often wished, no, prayed that life could just be a little less complicated.  If only my life could be a little easier.  I remember listening to this teaching about how everything happens for a reason.  Everything will work out in the end.

‘Why don’t you come walk a mile in my shoes?’ I remember thinking.

I just got divorced.  Something I promised myself I would never do.  I had moved into an apartment while I was busy building a house for my kids and myself.  How hard could it be to build a house right?  You get someone to build the shell, and then a plumber, electrician, roofing contractor etc.  All I had to do was supervise.

Okay, so the bricklayers need bricks. ‘How many? What do you mean I have to work it out?  How?  Oh! There’s a formula?  Where do I get it?’

If this sounds a little far fetched, I agree.  Unfortunately this is exactly what my first conversation with the local building supplier sounded like.  I wish I could say I figured it all out in no time, but the next 6 months of my life would be filled with similar conversations.

I had my share of contractors that saw a woman out of her depth and made sure they took full advantage of that.

Before my divorce I once met this elderly couple at a social function.  It was impossible not to admire their marriage as they radiated love for each other.  After an evening in their company I couldn’t help but ask what made it work.  They had some words of advice, but what stood out more than anything at the time was a little look that passed between them.  It immediately caught my attention and I asked what hid behind the look.

The husband gave me a little chuckle and admitted that after 51 years of marriage, they came pretty close to divorce twice.  Both times were during and because of building projects.

Building a house is a complicated, stressful project even when you know what you are doing.  I clearly had a lot to learn, and real quick too.

If building was the only stress I had to deal with, it would have been one thing.  My kids however, were having a really hard time adjusting.  My son, only a toddler at the time, became clingy and insecure and would wake up hysterical if he couldn’t see me immediately.   He had severe separation anxiety and being close to me was the only thing that made him feel safe.

My daughter on the other hand being a little older, gave me the silent treatment.  She was angry about her world being pulled out from under her and she blamed it all on me.

Keeping things together, my kids, the building project as well as myself, was probably the second hardest thing I ever had to do.  Many a night after the kids had gone to bed, I would run a bath and just let the tears flow.  I would cry till I had no tears left and then get into bed between my two sleeping kids and hold my daughter to my chest because it was the only time she’d let me.

After 6 months of countless tears and sleepless nights, we moved into our new home.  There were things that still needed to be completed, like fences etc. but circumstances forced us to move in sooner than planned.

Initially the new home didn’t feel very safe.  I would wake up in the middle of the night, completely terrified and filled with panic.  Every sound I heard was a potential burglar.  It wasn’t till much later that I got use to the natural contraction and expansion sounds of the new house.  I think I wore a little path in the living room carpet where I would pace and pray, sometimes till sunrise.

But things got better.  Not all at once, but slowly but surely, things got better.  We all started healing.  It took almost a year to get my toddler to fall asleep in his own bed and another year for him to be able to sleep through without nightmares.

It took my daughter much longer to forgive me for destroying her perfect little world; almost seven years in fact.  Patience, love and prayer, lots of prayer, won in the end.

Today we have a healthy, loving relationship focused on communication.  Is it easy?  Heck no!!  I can say it’s easier than it used to be, and the good times far outweigh the bad.  I look at my kids today, and I see healthy, balanced young people that are excited about life and it’s prospects.

Meanwhile God blessed me with an amazing second marriage that has far exceeded my expectations and imaginations about what marriage could be.  Is my marriage easy?  It’s my turn to chuckle.  If marriage is easy, you’re simply not trying hard enough.

Don’t get me wrong, I have the most awesome husband and a fantastic marriage, but we have our own set of challenges, one of which is spending lots of time apart.

I can honestly say that I never would’ve made it without my faith.  Even when I couldn’t see the plan or purpose, I held on to the fact that God loved my kids and I enough to give me hope for the future. He never said that it would be easy, in fact He said that he who ENDURED to the end would have eternal life.

Today I say: “I rather have my own complicated, than anyone else’s simple!” I love my life. The tough times make us appreciate the good ones all the more.

If you are in the midst of the storm right now, my prayer for you is that you will cling to your hope in Him who is able to do far more abundantly than all you can ask or imagine and know that He has plans to prosper you and not to harm you, to give you a hope and a future.

I feel the need, the need for speed!